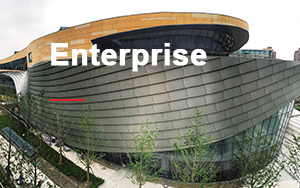 Page view
With the development of "youth construction work".
These five years
Youth commandos are in major projects.
In the city "urgent, difficult, dangerous, heavy, new" task.
Play the role of young people everywhere.
We also have such a youth commando group.
They fought on major municipal projects like the north cross channel.
With sweat and wisdom.
Let the bloom of youth bloom more beautiful.

The youth daily focuses on youth commandos.
Into the ground
Push into construction
The crown jewel of the north cross channel.
-- data to speak --

As a major project in Shanghai during the 13th five-year period, the north cross channel is located in six central districts, such as yangpu, huangpu and huangpu.
North cross channel temmoku elevated road is located in the core of the whole north cross channel area, connected to the north-south elevated, near the city that never sleeps, crowded area such as Shanghai railway station, therefore the project is called the north pearl on the crown of horizontal channel.
But it is easy to build on the pearl, which is close to the residential community and commercial office buildings, and a slight difference will have a huge social impact. In the north channel cross temmoku lu elevated, zhongxing road off-ramps, major engineering construction such as the difficult task, Shanghai construction north cross channel temmoku road viaduct project manager yu is some lack in the heart, in order to achieve the established project construction, the project was established since 2016 youth team project.

The ramp is very close to the residential area. Noise and light will be generated during construction, which will inevitably affect the surrounding residents. The construction site is only 4 meters from the nearest commercial building and is only 12 meters away from the nearest residential building. Traditional construction period is very long, from the residential area close to the period of construction, the commandos will all concrete component in factory production, assembly at the scene, greatly save the construction time.
For the surrounding residents identity, as early as in before the start of the project construction has not yet youth team members and comprehensive discharging feeling surrounding situation, summed up the "five one" execution of work, including visiting community residents, make a specific plan. Through active door - door communication, it is possible to obtain residents' support and escort the project construction.
Team members of the commandos and surrounding residential areas established WeChat group. If construction is to be carried out during the night, the cadres of the commission will be informed in advance to inform the residents of the general construction time and the end time to obtain the understanding of the residents.
The day and night efforts were not in vain. The ramp down ramp of zhongxing road only took nearly half a year to open to traffic, and the people on the same day applauded.